Travelling around Cuba for the first time in 2005 was a key moment in my artistic journey. I came home with memories and colours fixed in my mind of a particularly unique land. I subsequently had my first solo show in an abandoned church and decided that life as an artist could be viable. 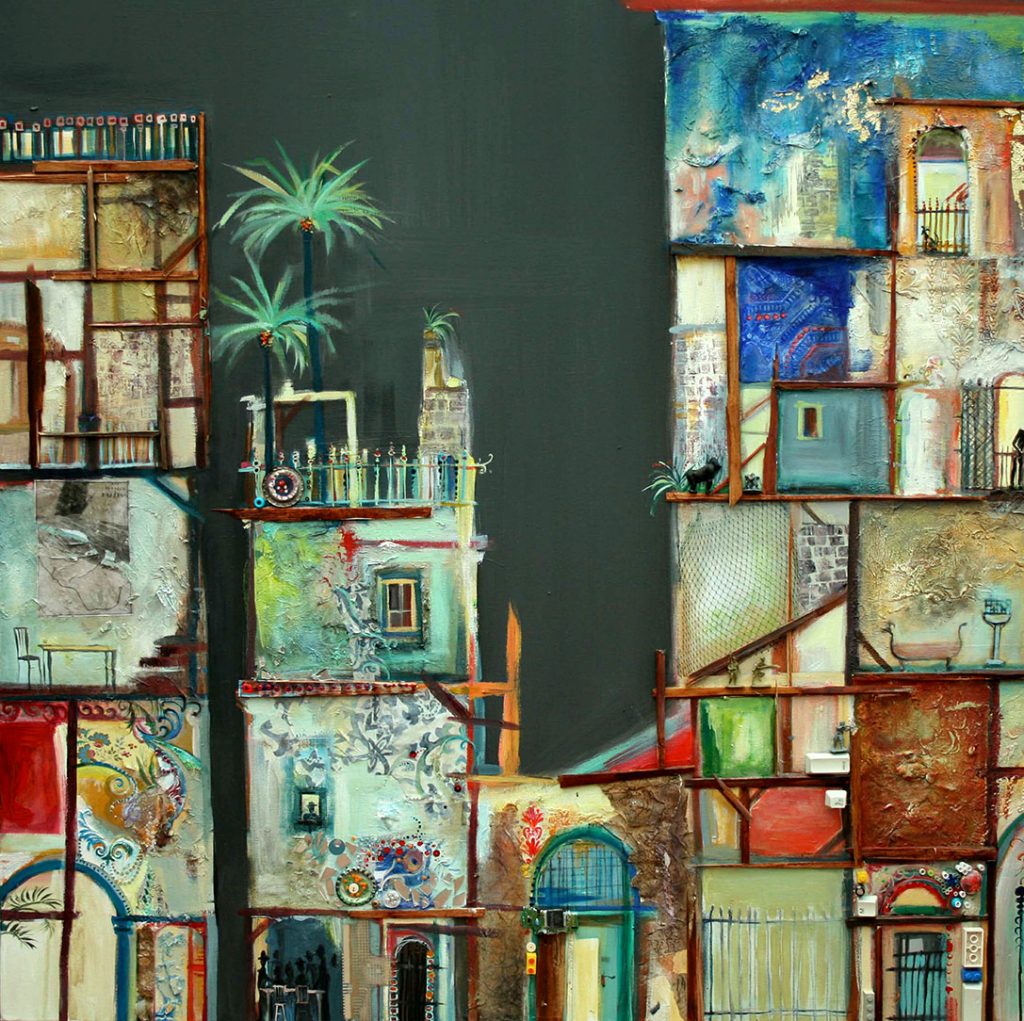 In 2014 I was able to return to this world that I had been painting for nine years. I had felt an impatience to revisit Havana for a number of years hearing that large scale restoration work was underway in particular on the picturesque seafront ‘El Malecon’. This can lead to a place loosing its identity and soul. However on first impressions from a painting point of view was that there were scenes of intrigue on each street from shrubbery growing up through balconies, to walls stripped of their facades, rubble in the streets and the skeletons of previously magnificent houses could be seen from right from the doorway.

Generally there has been far less restoration done over the years than I had anticipated. This is of course bad news for the inhabitants of the houses as livings conditions can be really low and its an almost daily occurrence that a building tumbles down particularly in heavy rain. Many are propped up by some sort of scaffolding like a bit of door or fence and there still frequent power cuts. The housing situation was starting to be reformed from around 2011 when Cubans could start to own their own houses whereas before they had been the property of the state who couldn’t afford to maintain them.

LWhen I had been there before there were many laws in place which as a traveller you didn’t necessarily realise until looking under the surface. Things like a farmer couldn’t kill his own cattle and a local couldn’t talk to a foreigner. Restrictions had softened and since Fidel Castro’s brother had come into power and a number of changes had taken place including less secret police and informants operating on the streets.

Due to the heat, the quieter streets and soft light good for taking photos, work started early. I got into the routine of going to ‘El Malecon’, the seafront, on the way passing flaking painted walls from different decades, balconies overflowing with items from inside the house, the barks of dogs, and the whistles, hisses and shouts of ‘buenas dias’ to one to another. On the Malecon, you can sit on the concrete sea defenses and have a great view of the tall, dilapidated houses. On closer inspection you can see where the concrete protrudes outwards from where the brick would have been.

Creativity and innovation is very much nurtured and perhaps even strengthened in the face of austerity.

First a sweating jogger stopped, pleased for a break surprised I was painting these ‘old buildings’ and tried to describe to me how beautiful the houses must have looked in the 16th Century. Shortly afterwards I heard a loud ‘psst, psssst’ coming from the sea behind me, as I swiveled around to look a hand came out of the water and waved, surprised I gave a little wave back. He motioned to me to see if I could see any large fish from my vantage point above on the sea defenses that he could harpoon. As I couldn’t see any he then stood up, the sea glistened on his bald head and the silver fish wriggling from a string around his waist and tried to sell me some fish.

I wondered down the Malecon to my next site, a tall four storey building, each section with its own features and details, it looked semi abandoned but infact was quite a hive of activity. A distinguished looking Afro Caribbean women stopped and squinted at the work, trying to make head or tails of it as yet there were no details.

La Catedral- It was a powerful moment going to see this beautiful piece of architecture which felt a little like an old friend having studied it for many hours and painted it numerous times from images on the internet over the previous eight years. It is quoted as being ‘the most beautiful cathedral in the America’s’ and in real life with all of its features and details I was very struck by it. I sat down to create some work from old newspapers, cutting and sticking it to form a base, like modern day parchment I wanted to create a more sculptural piece (see below) with the shape of the cathedral being silhouetted as oppose to the conventional square and rectangle shapes that most pieces end up as. A local artist who was also sketching the cathedral came to over and we swapped notes about who the local characters were coming in and out of the cathedral, pens and drawing conversation. 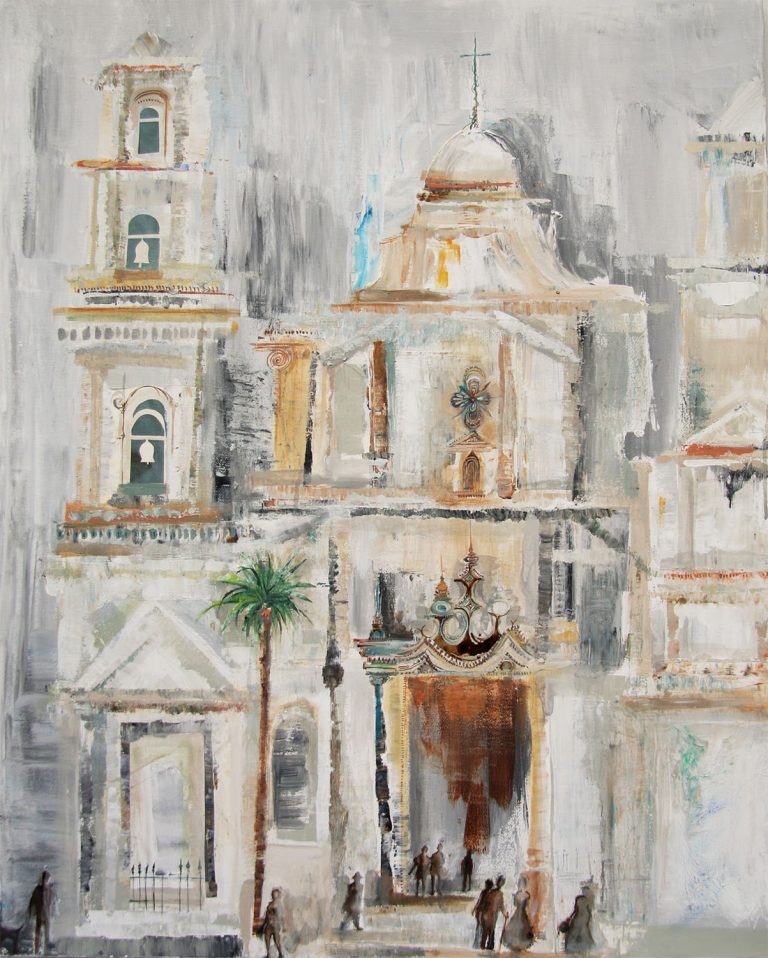 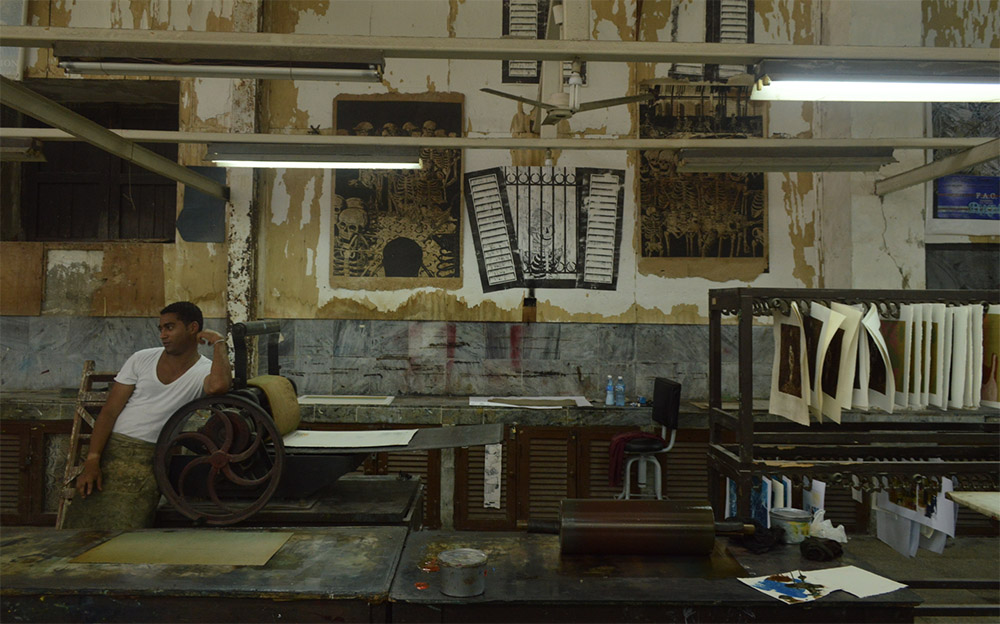 ‘El Taller Experimental Grafico’ I discovered right next to the main Cathedral where I had been drawing. The printing studios are impressive, large, well lit with a nice exhibiting space. Tutoring is 1:2 or even 1:1 if another student hasn’t turned up, cigars are smoked, guitars playing in the background and the whirr of fans in the heat make it very atmospheric. Here you can experiment with all sort of different print techniques. There is also the chance to see, work alongside and discuss with Cubans about their work and in the evenings we would often go out to a private view in one of the beautiful old buildings. There were also other international students including two Mexican artists and a Colombian and overall the experience was very special. Printing in Cuba has been a high profile activity as it can be such a powerful way to transmit a message. Being an artist in Cuban can be a good career as not only is there impressive studying facilities it allows people more freedom to travel and exhibit. They may well also have a stronger platform to express themselves visually than vocally.

A month later and after a productive and hugely insightful time I was just greeted by one last peculiarity as I left. I had various semi finished large pieces of work which I can usually travel with as hand luggage. I was taken aside by customs and asked where my paperwork was for these artworks.

I explained they were mine. The customs officer explained that I required a certificate to take my own artwork out of the country and I couldn’t leave until this happened. I had heard that if you buy another artists work this was the case to avoid Cuban treasures leaving the country but was flummoxed about the implications of taking your own work out. After some time and wranggerling I was sent on my way with a slapped hand and some stern words, that next time my paperwork needed to be thoroughly in order.

My final thoughts are that while the infrastructure of the country may need to be developed for people to have an easier life, core values of family and friends and the simple things in life remain at the heart of Cuban physche. It is a country of character and personality where the average Cuban is vehimently patriotic. 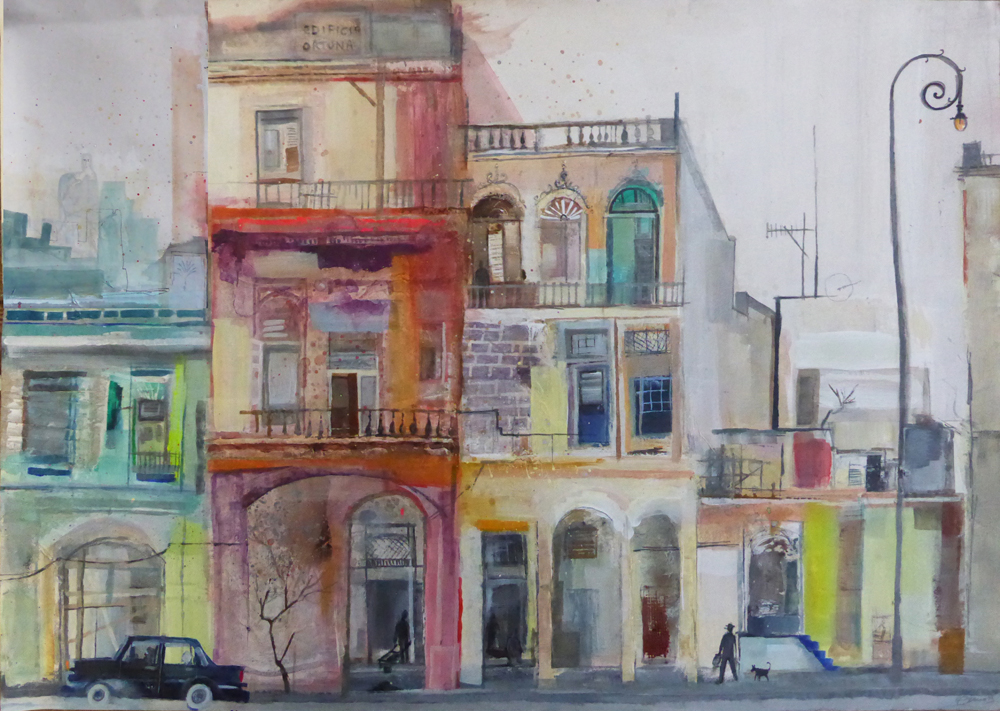 . Creativity and innovation is very much nurtured and perhaps even strengthened in the face of austerity. I hope with the changes that are bound to happen the patchwork of colours on the walls is not lost and the way music drifts from every corner and life which spills out onto the street in impromptu parties and dance sessions and open air televised football matches. The World Cup was in full swing while I was there and anyone with a TV would bring it out into the street along with sofas and armchairs and watch the game in the street. It was only once the tension neared a crescendo though and a goal imminent that the neighbours and anyone in vicinity would rush out and screams and chanting of excitement would ensure with “Gooooaaaaaaaallllllllatiooooooooooooooo” echoing around streets, it didn’t seem to matter which team had got the goal but a sense of euphoria would suddenly evade the air! 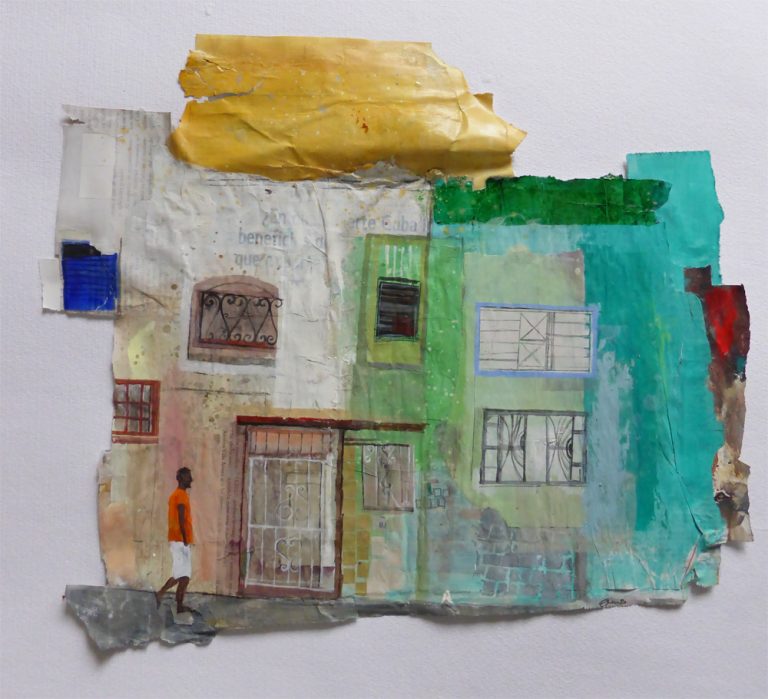