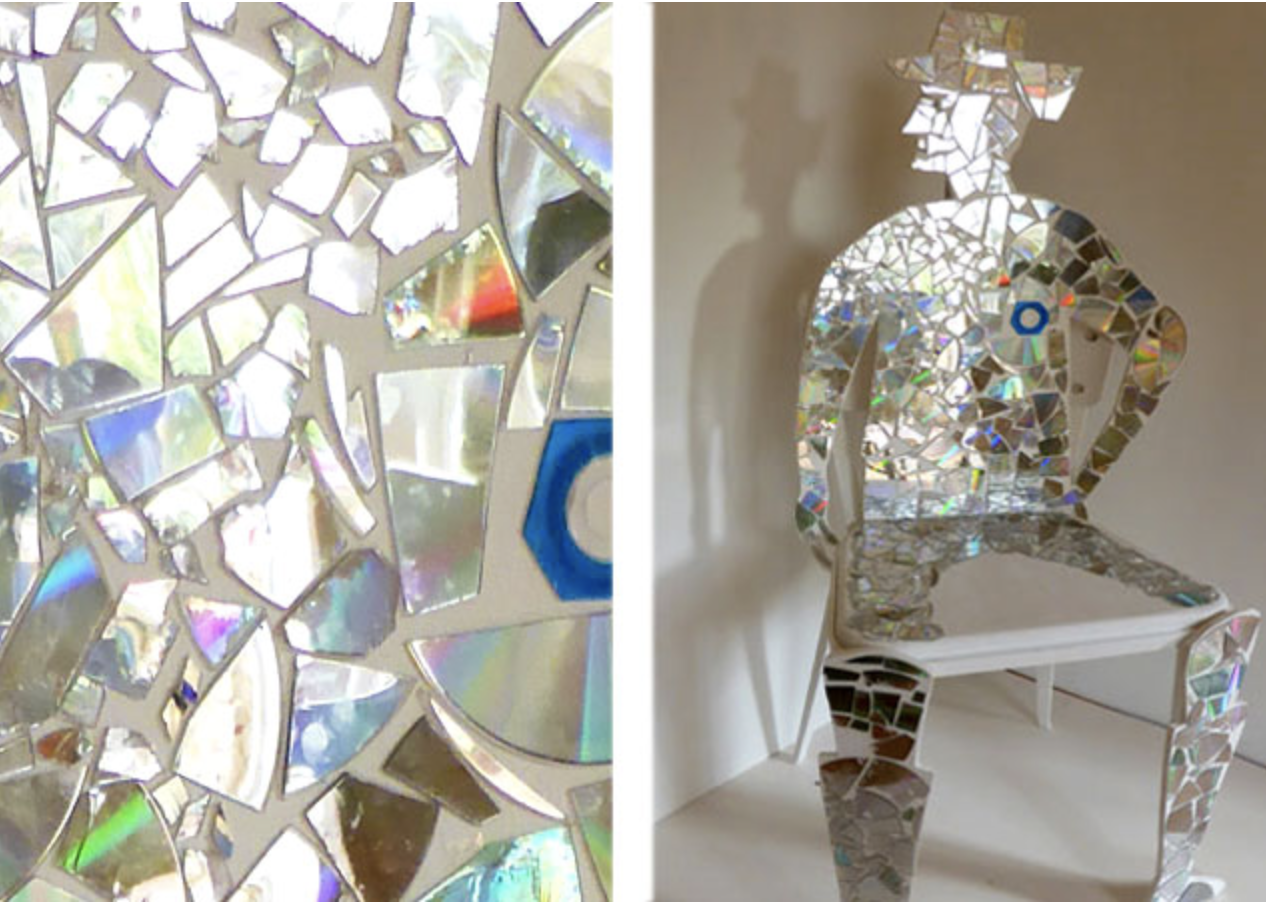 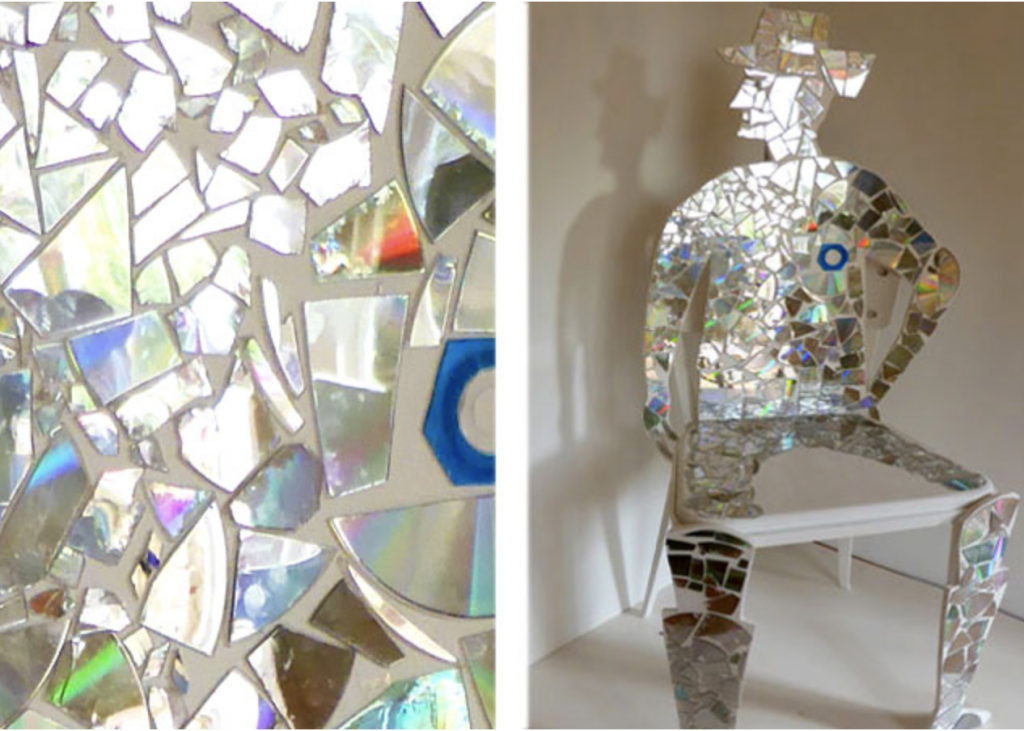 ‘The Mirror Man’ is suspended from the ceiling over three floors Selfridges Atrium hanging along with 90 other chairs by prominent designers and artists including Richard Wentworth, Paul Smith and Yinka Shonibare. The installation and workshops are designed to highlight how the way we work is changing and how craftsmanship embraces technology. There were also a series of workshops run by the artist over two months in residence in the Ultralounge as part of Makerversity.

‘The Mirror Man’ sits reflecting the frenetic and fragmented modern world around him. Made up of repurposed compact disks he not only reflects the colours and images around him but is made up of a plethora of zeros and ones of digital data that powers the modern world.

Emmie wanted to encompass the sense of fun, adventure and playful creativity that is a key feature in The Art Room. The piece was auctioned through Paddle 8 website, with all proceeds going to the charity.