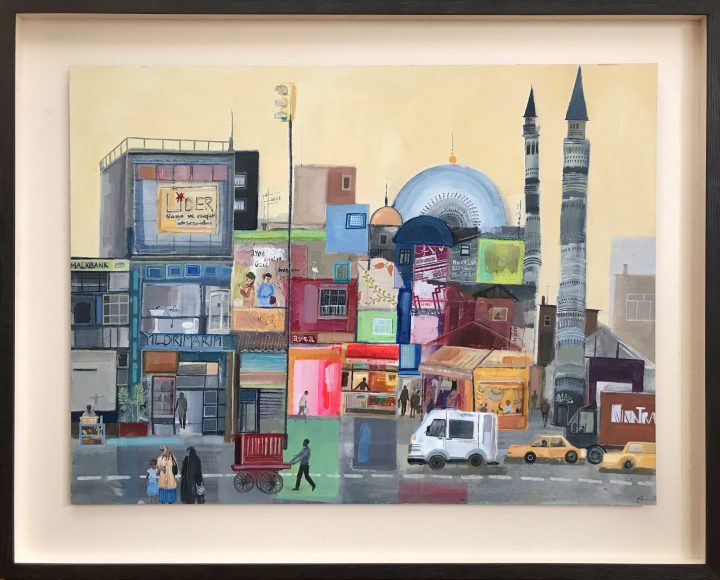 In an impressive feat of adaption and dedication the exhibition held in December in the spacious and well known Mall Galleries in central London went online. This involved all manner of interviews, videos and social media interaction to muster the publics attention in an already crowded arena. The funds go directly to supporting an umbrella group of youth charities around the Uk. As with many sectors this is a particularly challenging time. https://artforyouth.com

Here are some of the pieces shown: 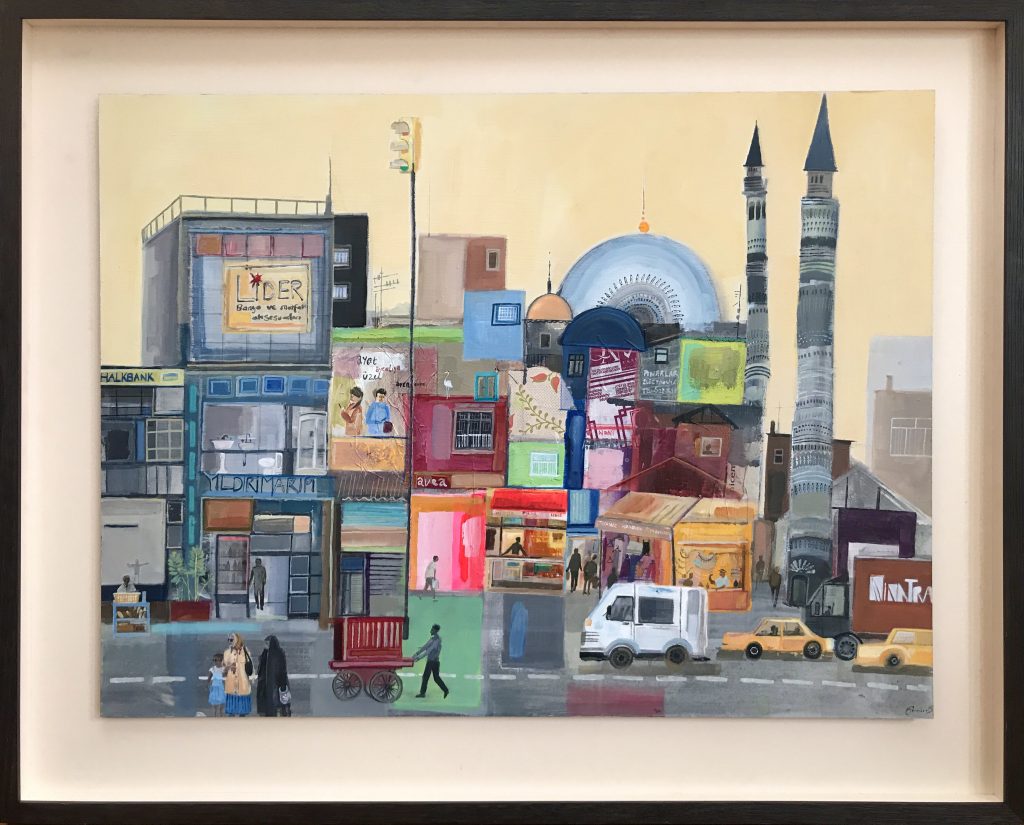 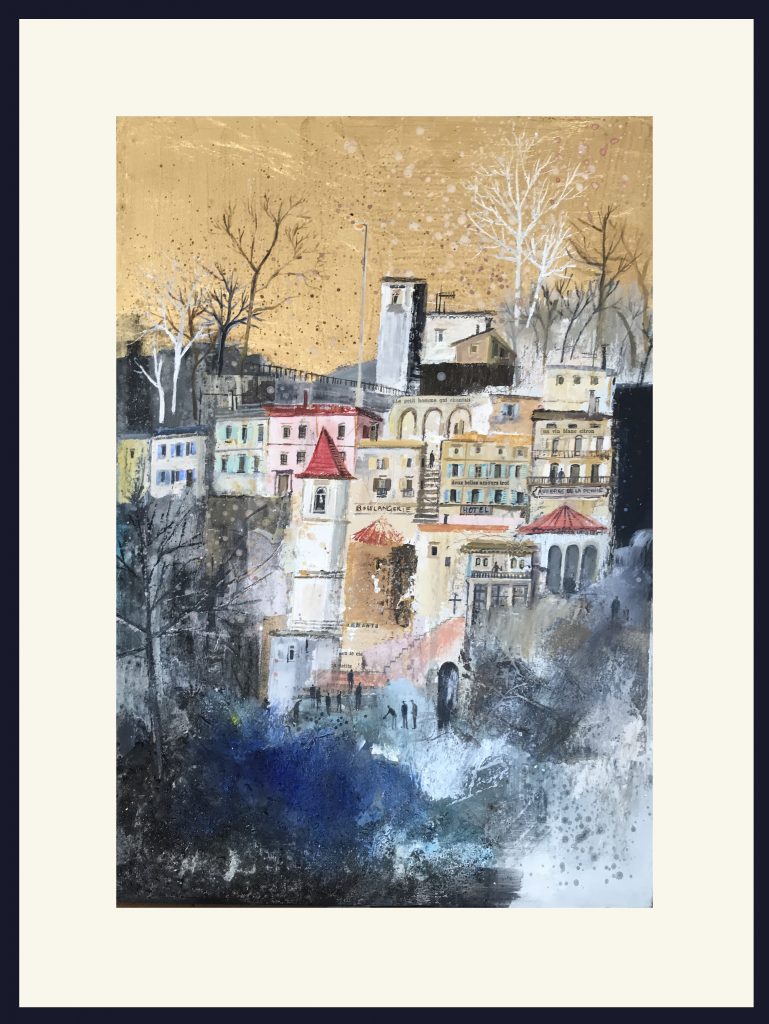 Alps Maritimes by Evening Light – Mixed media on board- 32x46cm

Bathing by Moonlight in Rajasthan- Mixed media on Board- 35x100cm- (Sold)

“This piece of work I  based on a commission title I was set afew years ago which was ‘I want to travel in a painting’. Feeling this more than ever over the last few weeks with confinement and altering of plans further afield. So the recent work has been depicting the feeling of the faraway in paint and mixed media. The work has memories of India, the intricate details of Rajasthan and its sacred temples and the experiences of travelling through the tribal areas in the Thar desert. There is a camel festival in the temple town of Pushkar in Rajasthan, India in November people flock to the town to sell their produce, not just camels but everything you can imagine. They are often wearing their best clothes as it is also quite a religious occasions with women wearing saris of every colour, as well as visiting the temples, they will traditionally bathe in the sacred lake here. I have kept returning to the scenes here in paint.”